Medium-temperature porcelain: also known as stoneware, the firing temperature is around 1200°C, and the water absorption rate is higher than that of white porcelain, ≤6%. , the cost is slightly lower than that of white porcelain, and it is the choice for advertising and promoting ceramic cups. With milky white or color glaze as the main raw material, the whiteness is dark, and the color glaze is the main material, which belongs to the middle-grade porcelain.

Bone china: referred to as bone china, also known as ashes china, the production began in the United Kingdom, and the academic community generally believes that the British who successfully produced bone china was Josiah Spode (1755-1827). Josiah Spode directly mixed calcined bones with china clay and mineral flux to become the traditional raw material for hard porcelain, which was successfully tested in the early 19th century. He then began to carry out systematic research on the production of bone china formulations. At the end of 1821, the proportion of ashes and porcelain stones was “standardized”. At that time, it was believed that feldspar as a flux containing 46% ashes was produced. The porcelain is a good product. 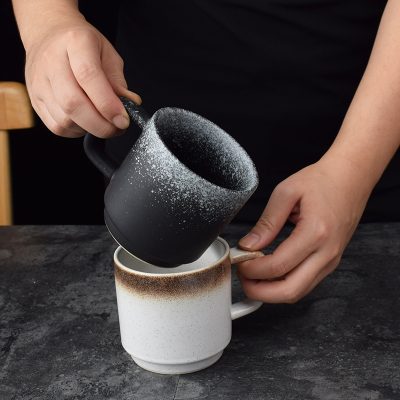